Traumatizing Your Characters, Part 5(A): Trauma that doesn't always look like "TRAUMA"

If you're catching up with this series, let me help:

Today we talk about something that not many people know about--developmental trauma. It's actually been a rather huge controversy in the field over the last decade, especially as the new DSM was being developed. If you want a great article that discusses this, here it is. Basically, the criteria for PTSD are not adequate for kids who have been neglected, whose early years are characterized by upheaval, chaos, inadequate physical and emotional caregiving, and sometimes outright abuse. The symptoms of PTSD that I'll describe in future posts are based on adults, and further based on the idea of trauma as an event or set of events, as opposed to a pervasive and lasting set of circumstances.

While "classic" trauma symptoms include intrusive recollection of the trauma, avoidance/numbing symptoms, and hyperarousal symptoms, what you often see in individuals who have endured chronic/developmental trauma are additional things like severely impaired emotion regulation; faulty perceptions of the self and others; drastically reduced sense of self-control and effectiveness; and disorganized, limited, or strangely intense and indiscriminate relationships with other people. These individuals often receive diagnoses of ADHD, attachment disorder, mood disorders (including bipolar disorder), and personality disorders (most especially borderline personality disorder for females and antisocial personality disorder for males).

We currently have no adequate way in our diagnostic system to understand the effects of developmental trauma. Treating this kind of trauma is complex, too, especially when the individual carries with him/her a boatload of diagnostic labels, meds, and past treatments that didn't address the core issues.

I see that misunderstanding and struggle in fiction as well:

Characters who have this kind of background and are often surprisingly ... fine. It's almost like the author gave them a past to make them more interesting, but doesn't show the lingering aftereffects that this kind of experience has. We get to be all awwwwww the poor thing and then swooooon the character is perfectly broken with no scars except some sadness to show for it. As writers, we must be thoughtful about that. It's tricky. The pull to do this is incredibly strong, especially because ...

When an author shows what the aftereffects of trauma really look like, readers have trouble sympathizing with the characters. I've seen numerous reviews of numerous books that say something like "I know this person has a terrible background, but I can't understand why s/he is so temperamental/out of control/sexually promiscuous/mistrusting and hostile, etc!" And I totally understand that. We have trouble sympathizing with actual people who've been traumatized, too, because their behavior can be difficult to understand and sometimes, harmful and hurtful. We want to be sympathetic, but certain behaviors make it really, really hard. I know this, because I witness it every day in my other job. You've probably seen or experienced it in your lives, too, from one side or the other.

So if you're going to write this kind of character, be aware of that. It takes some courage and conscientiousness to do it, because if you do it well, not everyone is going to sympathize. Instead of giving you a host of writing tips (I'll have some general suggestions at the end of this series), I'm going to suggest something if you're writing a character with this type of background: read Nobody But Us by Kristin Halbrook. 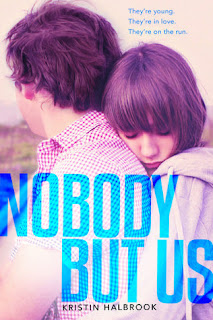 I read this book in the run-up to my trip to Portland, in part because I knew I was going to meet Kristin. I had no idea it was going to be so powerful. Nobody But Us is the story of Will and Zoe, each traumatized in different ways, trying to start a life together in pretty much the worst way possible. It is, in my opinion, an exquisitely crafted portrayal of the inner workings and interpersonal dynamics of these two troubled teenagers who are trying their absolute best to save each other and to be saved. It's gut-wrenching and tender and frightening and hopeful and heartbreaking, all at the same time. Not a light read, but a worthwhile one.

As I was reading Kristin's book, I found myself highlighting all these passages that were pitch perfect examples of how someone who'd endured developmental trauma might think and act. Will, the male main character, spent his early years being passed from caregiver to caregiver, sometimes experiencing horrific abuse, sometimes being severely neglected, sometimes being torn from places where he could have had a shot at getting what he needed. He's just "graduated" from being in state custody at the beginning of the book.

The key thing I want to highlight about Will, who has the best of intentions but the most nervous-making of behaviors, is that he doesn't "act traumatized" in the way someone unfamiliar with developmental trauma might expect. He probably doesn't meet strict criteria for PTSD. But ohhhhh, it's all there. He has incredible difficulty regulating and controlling his emotions, and particularly his anger, even when he's desperate to do exactly that. He has major lapses in judgment, serious impulse-control issues, and a history of impoverished attachments to others--but then, his attachment to Zoe is incomprehensibly strong and all-encompassing. That doesn't mean it's not real, but Will is a powerful machine with some wires that got attached in the wrong places. He's complex and undeniably flawed, but so sympathetic. He might be a fictional character, but he IS one very good example of what can happen to a person who's endured that kind of childhood.

Zoe, who has lived under the abusive hand of her father and suffered the traumatic loss of her mother, has experienced a somewhat different kind of trauma, and she shows it in a very different way from Will. The author will be here on Friday to talk about how she did that, as well as  how she did her research for the characters and the story.

Because I think this book is so worthy, I'm giving away a copy! US RESIDENTS ONLY, please. And--come back on Friday for an interview with Kristin!

a Rafflecopter giveaway
Posted by Sarah at 6:00 AM 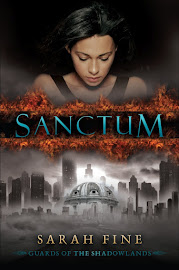 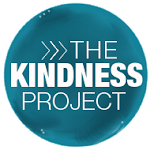